Well, as I’ve already started, I might as well continue. 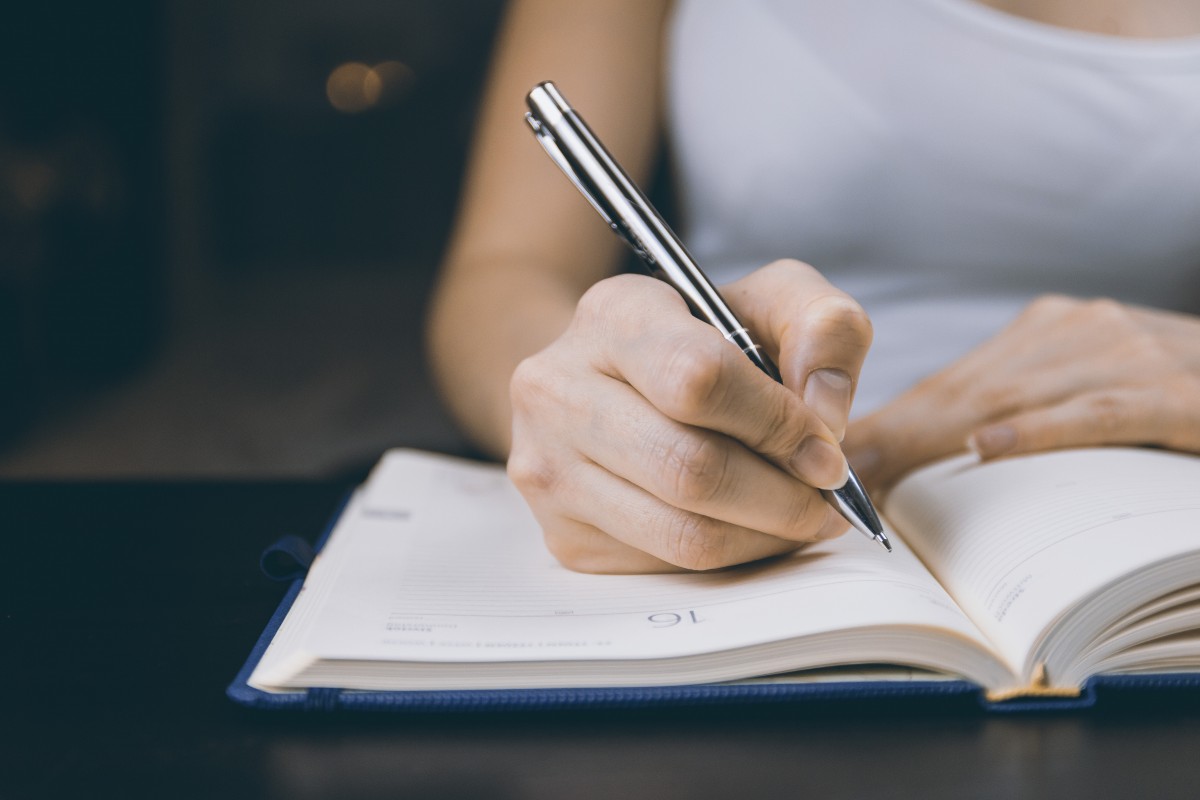 Every day, over the years, I often thought of sharing what happened during the sessions of the day in my office: “I have to write about this when I get home! It’s incredible!” But then I lost enthusiasm; the nagging inner voice in my head said something like “oh, it’s not worth it, you’re not going to change anything”, and convinced me to let go.

I also expected, perhaps naturally, that an enthusiasm and fascination over these methods, given the results obtained, which were clearly revolutionary in the treatment of people’s health and physical and psychological well-being, would grow organically amongst the population, as more and more people were benefiting from them. But no. As I explained, and much to my surprise and disappointment, it didn’t. On the contrary, there seems to be a huge, heavy and invisible wall, a silent collective unconscious taboo on everything that is related to “bioenergetic treatments” and akin phenomena. If it weren’t so painful for someone who does consistent and extraordinary work in this field, it would be even fascinating and intriguing to observe this curious aspect of human psychology. But it actually hurts, so I want to break this and a series of other taboos regarding “bioenergetic therapies” and the like.

What I do ends up appearing to “threaten” the most disparate groups of people, because it touches deeply on human psychology. On the one hand, a large part of the medical and scientific research people, which, for the most part, tends to ignore and put aside, from the outset, everything that may seem like “quackery”, even if it is not – even ignoring the incredible and verifiable results that they have already achieved over the years, that teams of doctors, tests and various treatments have not been able to resolve in many of the cases I have treated. I understand skepticism but I don’t accept it. This serves no one and hurts those who have been doing a decent work for many years. At the very least, one can observe, ask and investigate.

You might also think that people “more in tune with the energies” and all that “alternative stuff” would be more open and accepting of the work I do. This too, to my surprise, was not generally the case. Most of these people also have their pre-conceived ideas and, despite being “alternative”, my work manages to be even more “alternative” than that, which also doesn’t fit very well with many of the pre-established ideas that is so hard for us to abandon. There are, of course, people in the field who really appreciate and want to learn a lot more about this method, but in general, and incredibly, I find the same kind of closure and skepticism about what I do in this general group too. The reason is the same: it goes way beyond their radar, and so the tendency is for shutting down, to ignore or to show contempt, because, frankly, it is easier. As I heard interviewer Joe Rogan say recently: the easiest way out is to be skeptical, it’s the laziest way to look at something because it doesn’t require in-depth investigation. Indeed, I find it takes very little work, if any, and it always looks good.

I also think that there is in one particular point where one finds perhaps the greatest paradox – it is precisely the formidable results that are often obtained, visible to everyone and that often go beyond what is considered possible or real in our current understanding, which most confuses, alienates and scares people. It is the results, which should in fact speak for themselves and naturally convince people, fascinate and excite them, which paradoxically seem to leave people most confused and skeptical! Is it or is it not an interesting phenomenon of human psychology?

I believe this is because everything that goes way beyond our radar of understanding is either simply unregistered or plain frightening because it is unknown. It is better (and easier – no cognitive dissonance) to ignore it.

“How does it work? What does he actually do?“, seems to be the top question that family and friends ask my patients when they want to know more after seeing the clear and obvious improvements in my patients health and demeanour. When my patients try to explain as best they can (which is really difficult given how little is understood about this), their listeners simply don’t register and don’t “believe” that conversation. It’s too good to be true, it’s “weird”, and it’s therefore better to simply ignore it. They frown upon it. Let’s just put a lid on it. And it is therefore, as I said, easier to ignore than to explore.

This is sad, especially for me, who thought it was helping a society to grow and be happier. It’s just like someone can have a diamond in their hands and chooses not to see it, missing a golden opportunity.

Even when a patient’s pain or anxiety disappears (often in 1-2 sessions), it is often necessary to make him or her really notice what has just happened because he or she is only thinking about the next complaint. “Have you noticed what happened? Have you thought about it?”, I have to inquire. I heard often at the start of a treatment: “Oh, I just want to be well! I don’t want anything else in this world! It is the thing I want the most out of this life!” But then, when this really happens and the resolution happens after our sessions (even after years of suffering with these complaints), people simply literally just forget about the ailments they had! It is like they never had them, and have to be reminded! This is authentic and it happened to me several times! Maybe because it was  so quick and subtle and invisible a resolution that it is like they have never been unwell. It simply does not register anymore, as the ain is not there anymore. And perhaps the subtle aspect of the treatment is the most relevant to explain this phenomenon – as nothing tangible appeared to have happenned, how can I value something without apparent substance, weight, or color? Is this not indeed a curious psychological phenomenon?

Therefore, I found, it is necessary to make them notice, otherwise their “radar” simply does not register.

So how do you systematically open people’s eyes? Frankly, I was not expecting this very negative (or rather resistant) side-effect or reaction from people, and it kind of shocked me a lot. Now I’m coming to the conclusion that just by talking, that only by making people noticing, again and again (if only for my own sanity!) I’ll have a chance of reaching people and opening their eyes and minds a little. This is because they won’t wake up by themselves unfortunately. We still live very much inside a “cocoon” and see very little of the wide horizon that is in front of us. Very little indeed, when there is so much! So, we have to “shake” humanity to wake up. That’s what I hope to do more and more with the rest of the energy I have left.

The other day my 10-year-old niece excitedly came to me happily exclaiming in front of anyone present who could hear her: “Uncle Helder, Uncle Helder, I’m not afraid of bees anymore! Do you hear? I’m not afraid of bees anymore!!!”. “Really?” I asked. “Are you really sure?” “Yes, the other day there was a big bee flying right next to me and I wasn’t afraid at all!” And she had PANIC of bees – just talking about them terrified her – let alone imagining or feeling one near her.

Why do I say this? Because it was through sessions with her, using my therapies, that I helped her end her fear of bees. I, of course, was delighted (despite being the common result from my therapies), and am always pleasantly surprised by each positive result yet.

Why am I talking about this reaction from my niece? Because I don’t find the same excitement and the same open declarations from many of my adult patients, even though they have very good reasons for it. This is not to say that they do not feel the same amazement and joy! Of course they do! And I must be correct – most of them actually show me their deep gratitude, care and consideration for me and my work! But it doesn’t get out of there…at least not as much as I would like and think it should. How many thousands of “miracles” like these, like pains that disappeared, traumas, etc. have gone completely unnoticed in the eyes of the world? And of course this is a great shame. It’s a shame because in this way the world doesn’t grow, human beings do not grow, society and our culture doesn’t grow. We have incredible unexplored potential within us, but if we continue to live in pettiness and fear (which unfortunately, I have to admit, still dominates us), if we can’t get back to feeling the child’s openness, innocence and wonder, we are, quite frankly, screwed. We will continue to suffer immensely, and inadvertently.

There is “magic” in the world happening every minute of every day and we are asleep to it. It’s time to wake up. I will do what my strength still allows me to do to do some “shaking” to see if I wake up some people at least, to see if we stop living in this numbness of just surviving and not truly living. I know I’m not going to change the world in my earthly life (despite I firmly believe this knowledge could if people were open to it), but I will at least try to touch as many people as possible with this “magic” and its wonderful insights.

This is because unfortunately I already understood one thing: I thought that the “therapeutic touch” was enough, the removal of pain and trauma in the surprising way that it happens with this methods, would be enough to wake people up, but it’s not enough. This I learned, with great sacrifice, over 10 years. That’s why I decided, from now on, to convert my therapy sessions into much more than a “mere” therapy. I want them to be a space for wonder, reflection, learning, where the pain and symptoms that we are relieving are, in themselves, just a starting point; a pretext or opportunity for much greater reflection and dialogue, an opportunity for a learning experience. I consider this much more important and my deepest legacy, than simply “alliviating pains”. People still get their symptoms relieved, but the focus becomes more that of realizing and thinking about how it happened, what does it say about them, about us human beings in general, and about our evolution and place in this world.

There is something very profound going on and learning from all of this, instead of being permanently focused only on our personal pains and problems, is a great opportunity. Let’s not miss it.

Pardon my unburden, but I needed this. I hope you still want to hear me. I will continue to speak.